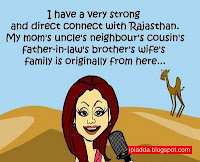 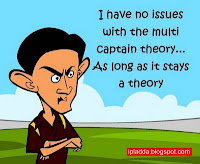 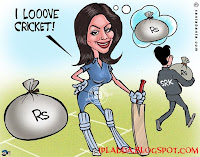 Note:
Some info gathered courtesy: Wikipedia. Cartoons courtesy: http://ipladda.blogspot.com/
IPL stands for the Indian Premier League.
Photographs:
Some hilarious takes on the IPL season 2... all in good humour, though. I assure you :)
Posted by Roshmi Sinha at 2:35 AM