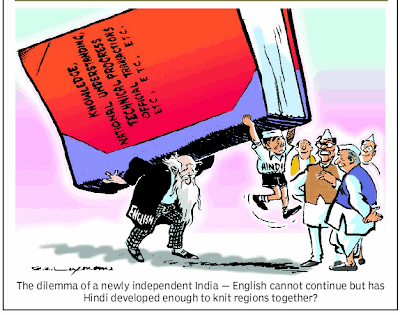 (More later...)
Note: The views expressed here are entirely in good humour and without malice.
*Ramgorurer Chhana: One of the most famous Indian practitioner of the genre of "literary nonsense," the celebrated Bengali poet, story writer and playwright, Sukumar Ray's "Ramgorurer Chhana" from "Abol tabol" (his collection of bengali poems and rhymes - meant for children, but liked by people belonging to all age groups - and literally translated as "Gibberish" or "Weird and Random".) Sukumar Ray was the father of the legendary Indian filmmaker, fiction writer, publisher, illustrator, graphic designer and film critic... the peerless Satyajit Ray (also regarded as one of the greatest auteurs of 20th century cinema.) The Bengali readers were exposed to a new "nonsense" fantasy world by the poems in "Abol Tabol." This selection offers the best of Sukumar Ray's world of pun-riddled and fun-filled poetry. He was a pioneering Bengali writer of nonsense rhyme and children's literature, an illustrator and a critic. It is very difficult to translate his poems into any other language (including english) and simultaneously retain their flavour and pun... hence I'll not even try to attempt it. Here is the link that leads to some of the literary works of Sukumar Ray: http://barnamala.org/barnamala/2
Cartoons courtesy: http://www.dnaindia.com/india/report_dna-cartoonist-manjul-wins-maya-kamath-award-for-excellence_1384607, http://funny.jokesprank.com/tag/bengali-jokes and http://2ndlook.wordpress.com/2008/12/17/rk-laxmans-50-year-old-cartoon-relevant-even-today/
Photographs:
Hilarious takes on the topic of this post. Apt... right?!!
Posted by Roshmi Sinha at 3:16 PM 28 comments: